BGF back Tribepad's mission to revolutionise the industry
Learn more

Mass redundancies in the hospitality sector as a result of the coronavirus has seen a surge in the number of people seeking jobs in the food retail industry according to data from Tribepad.

Retail organisations have seen their normal rate of job applications skyrocket, receiving more than half a million since Thursday 19th March. The daily rate increased from the usual 5,000 per day to more than 200,000 on Friday 20th March. During Saturday evening more than 300 people were applying for roles every minute, compared with nine per minute in the previous week. This comes as supermarkets issue an urgent appeal for more staff to help cope with the surge in demand following the COVID-19 outbreak.

The news in other sectors is not as positive. Data from Tribepad’s platform shows that job applications, when compared to the same week in 2019, have dropped by 73% in recruitment, 33% in hospitality and 23% in healthcare (although signs are that healthcare growth has started). Some organisations have already paused all recruitment activity, particularly those in hospitality and fashion retail. But others including logistics and food production are increasing hiring activity.

Dean Sadler, CEO of Tribepad said: “Sadly people are losing their jobs in this difficult time, so they’re desperate to secure new work to pay their bills. We handled a 3,900% increase in applications to retail clients in two days and this growth shows no signs of slowing down. While competition is fierce, there is a real need for all hands on decks at supermarkets to help keep supply chains moving and shops fully stocked. We’re proud to be playing a small part in keeping the country fed and moving.” 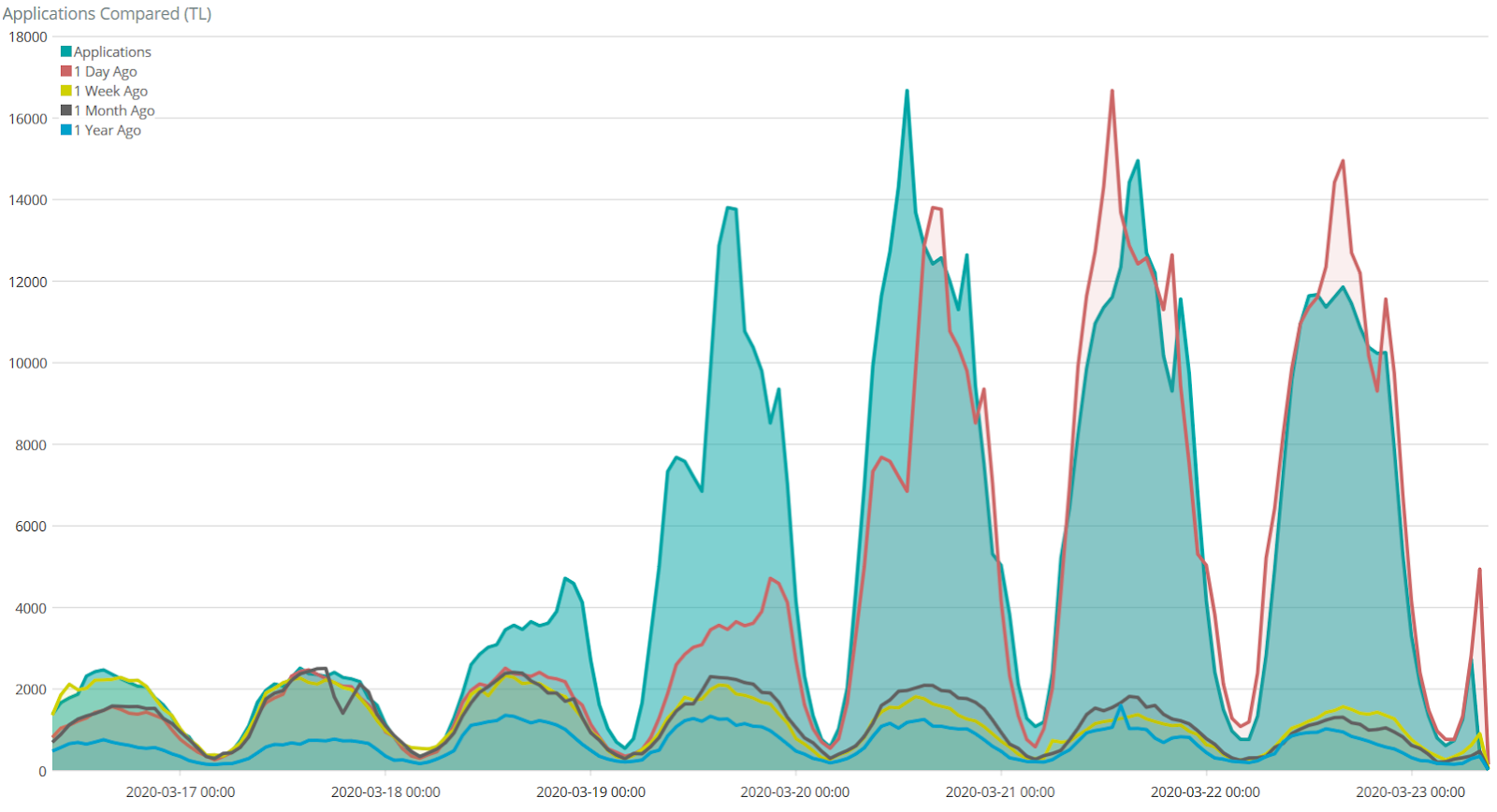 Tribepad is a specialist talent acquisition software provider, serving some of the UK’s best-known organisations such as the BBC, Tesco, KFC, Sodexo, Serco, G4S and The Church of England. Its award-winning software, which includes its Applicant Tracking System, Video Interviewing, Onboarding, Freelancer Management and Job Board solutions, help organisations save time and money in the recruitment process, while delivering a great user experience. Its software is used by more than 20 million people and is available in 15 languages worldwide.

Every recruiter knows the candidate experience is important.

So why ghost candidates? Here’s how to use technology to stop.

An industry-wide call to pledge to end ghosting in recruitment

Ghosting hurts. It damages candidates’ self-confidence and leaves them with negative feelings about themselves and the recruiting brand.

The next COVID-19 recruitment phase: 5 challenges of the Great Rehire and Reboard

There are positive signs we’re entering the next phase of COVID-19 recruitment: the Great Rehire and Reboard meaning teams need to act fast.