The time has never been riper for real progress on workplace diversity. But challenges exist – as they’ve always done. Here’s how recruiters can step up, move beyond box ticking and build diversity programs that deliver real change.

28% of UK business leaders said increasing diversity was a top priority for 2020… but despite years of talk, good intentions haven’t materialised into meaningful action.

In February 2020, The Parker Review Committee published their update report on the state of workplace diversity, Ethnic Diversity Enriching Business Leadership. The report talks about some positive movement – in the last two years, 11 previously all-white FTSE 100 companies have now appointed a person of colour onto their Board – but overall concludes “not enough is being done”.

“Too many of us remain complacent that change will come about naturally through the passage of time”, Sir John Parker writes in his foreword. 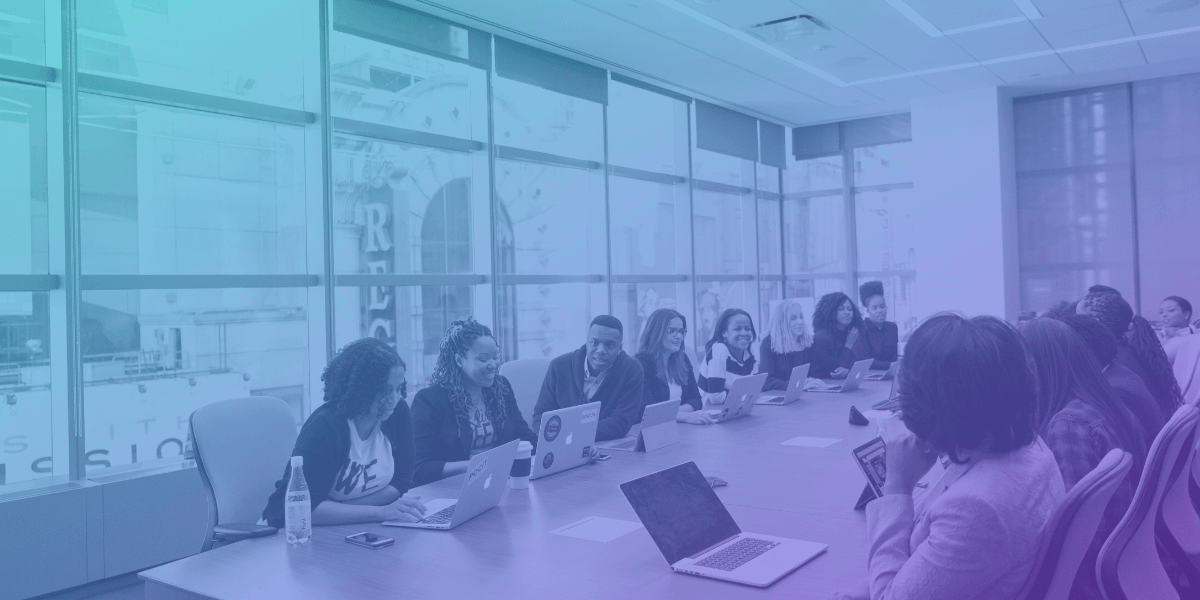 Complacency is the enemy of change. Everyone has to step up, because diversity is in everyone’s best interests, and everyone’s responsibility. That means:

In the report, Sir John Parker talks about the fundamental role of recruitment at the start of that chain:

“Our continuing lack of ethnic diversity looks less like a failure on the part of minority communities to produce competent candidates, and far more like a choice on the part of business to settle for the familiar and traditional recruitment processes. […]

We […] need to be more assertive – not least by refusing to accept the head-hunter’s excuse that ‘the candidates just aren’t there’. For my part, when I hear this message from my consultants, my next step is to find better consultants who can find the talent either at home or in our world of 7.7 billion people”

Even before the pandemic exacerbated social inequalities along ethnic lines, and before Black Lives Matter threw the worldwide spotlight on racial inequality, this message was a call-to-arms. For businesses to stop settling for “familiar and traditional recruitment processes”. To “find better consultants who can find [diverse] talent”.

The fact is, the diversity agenda has never been more prominent. And recruiters are under huge pressure to deliver.

True – recruitment is only one piece of the diversity puzzle. But recruiters are gatekeepers. If we fall at the first hurdle, and fail to bring more diverse hires into the business, there’s no getting back up.

And in that sense, everything depends on recruitment.

They’re not our fault, per se. As HR Magazine explain, “they are the result of our limited cognitive capacity; we subconsciously categorise people when we meet them to avoid having to conduct completely new assessments for every new person we come across”.

Unconscious biases are the by-product of how our brains have evolved. But they are our responsibility.

For recruiters, removing the possibility for unconscious bias is one of the most powerful ways to increase diversity. And that’s where Tribepad’s Anonymous Applications comes in.

Anonymous Applications is an optional feature on Tribepad ATS that’s deceptively simple, given how powerful it is. The upshot is, all applications are totally anonymised:

* (You can still pre-screen candidates in the right location for the role, if that’s important…) 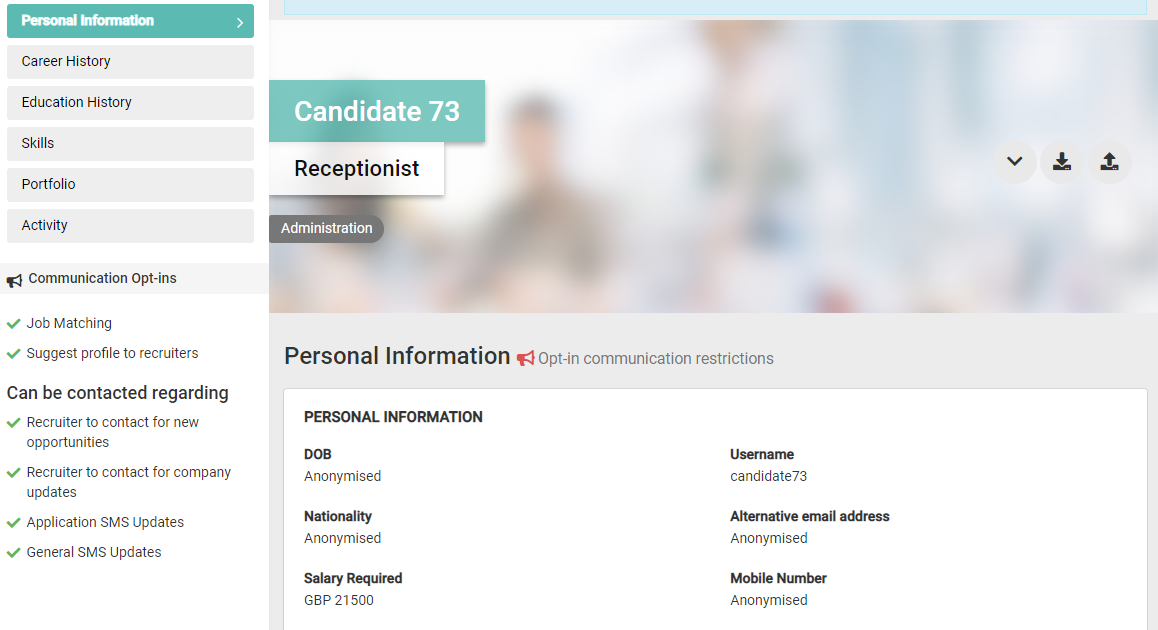 That way, you don’t limit your application pool with restrictive quotas but you ensure unconscious bias doesn’t impact who you hire.

Recruiters need to nurture – not hunt.

Increasing diversity isn’t as simple as a single feature, however powerful. We know that. Our customers have made most progress on diversity when they’ve fundamentally changed how they recruit, from a reactive ‘hunting’ method to a proactive ‘nurturing’ method.

That means moving away from the endless firefighting cycle, which works in nobody’s best interests. Recruiters who’re under huge time pressure to deliver against headcount targets aren’t best positioned to prioritise diversity.

That’s where Tribepad’s Talent Pooling is important, empowering recruiters to build and nurture talent communities for the future.

So you’re not expected to find, say, great Black, Asian and minority ethnicity (B.A.M.E.) construction managers from scratch, without knowing anyone, on a tight deadline. You’ve invested the time upfront to build great relationships with suitable people – and can react fast when hiring requests come through.

Taking action on diversity means doing more than collecting data. It’s about using that data as a launchpad for action. That’s why robust, clear, easy-to-use, easy-to-understand, easy-to-act-on reporting is critical.

Tribepad Diversity Reporting helps you get under the skin of your data, so you can take informed actions to start tackling diversity sticking points. For example:

The time for talk is over.

COVID-19 and the Black Lives Matter movement have exposed some of the deepest inequalities in our societies. They’ve shone a spotlight on the need for everyone, in all walks of work and life, to shoulder responsibility for building a more equal, fairer world.

In the workplace, recruiters are critical in building diversity recruitment programs that ensure everyone has equal opportunity to succeed, grow and thrive – whatever their ethnic background.

In honour of International Women’s Day, we sat down with some of Tribepad’s women, talking about their lives, careers, and challenges as women. Here’s Natalie Slater, Financial Controller.

In honour of International Women’s Day, we sat down with some of Tribepad’s women, talking about their lives, careers, and challenges as women. Here’s Michelle Clarke, our People Manager.