Let’s talk about mental health. Because here are some home truths.

Mind says some one in four people in the UK experience a mental health issue each year. One in six people in England report common mental health problems – think anxiety or depression – in any given week.

Mental health problems often have devastating effects. Everyday life can become a battleground; sufferers are often worn down by the daily fight.

Mind report some 20% of people have had suicidal thoughts, for example. And suicide is the most common cause of death for men aged 20-49 in England and Wales, MentalHealth.org say.

That’s an issue we can’t sweep under the carpet. 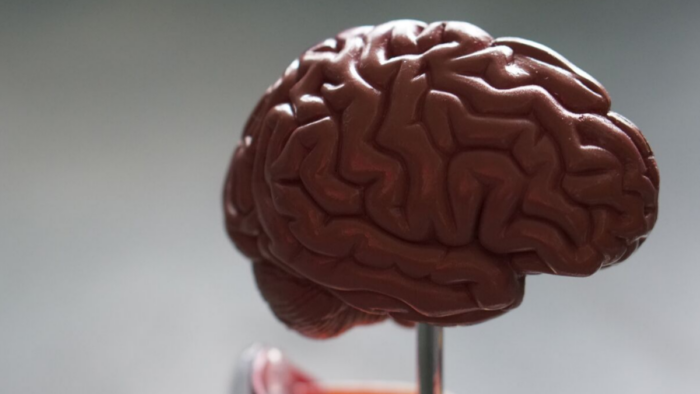 So now let’s talk about mental health in the workplace

You spend one third of your life at work. You can’t tackle mental health without talking about the role the workplace plays.

Because here’s the thing. Some mental health problems happen completely independent of work. It’s in employers’ best interests to help people handle them, sure, but they’re not ‘caused’ by work.

But often the workplace has more to answer for.

Like, 60% of us are stressed at work and 20% experience moderate-to-high stress several times every week. That’s a problem because “when stress is chronic […] changes in the body and brain can be long-lasting”, Harvard Health say.

In other words, it’s not as simple as ‘stress causes depression’ but stress plays a significant part. The same is true with anxiety, OCD, PTSD too.

Even when we’re talking about mental health disorders like bipolar. Perhaps you’d assume bipolar ‘just is’ – a genetic issue, or chemical imbalance. But in reality, bipolar is thought to have a complex mix of triggers including – and here’s the key – environmental factors.

As the NHS puts it, bipolar disorder can be triggered by “overwhelming problems in everyday life, such as problems with money, work or relationships”.

So what should organisations do?

Mental health is a complicated topic – there’s no magic fix. Sprinkling some beanbags around and offering free breakfasts won’t cut it.

Some 45% of UK employees say their workplace doesn’t do anything to help reduce stress, for example.

We also run financial training – because managing money can be hugely stressful, and it’s simply not taught in schools. For that same reason we offer 0% interest loans to help our people get some breathing space from debt, and help them get back on track financially. (If you’ve ever been in debt, you’ll know how overwhelmingly stressful it is.)

And then there’s the social side – improving workplace mental health means helping people form relationships, so they have a support network when they need one. So we do loads of social stuff, like go-karting, race days, beer and pizza afternoons.

The point is, we’re constantly improving our approach to mental health, trialling new initiatives to help our people stay mentally healthy – and better cope with mental health problems when they crop up.

It’s not about any single initiative BUT there’s one workplace initiative we’re super excited about right now – Doggy Therapy. We met The Cuddle Club back at the CIPD Festival of Work Exhibition and instantly fell for their dogs mission.

The Cuddle Club do incredible work bringing their cuddly superhero dog squad into stressed-out offices all across London. We love their mission so much we’re teaming up with them to run a competition where you can win your own doggy experience (watch this space!). 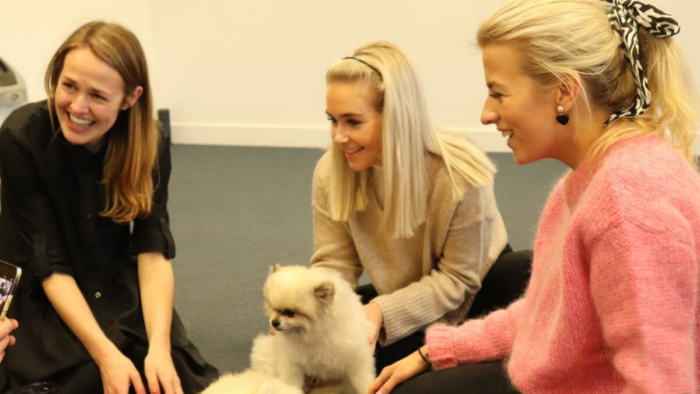 Even if you call in the dogs though (did we mention how fantastic the dogs are yet?), it’s crucial to take a bigger-picture understanding of workplace well-being.

As our CEO, Dean Sadler says:

If you don’t look after your mind, you’ll soon find your body starting to fight back. I know, I’ve personally been through it a number of times over the years. We’re big believers in looking after the whole person.

Workplace well-being isn’t a one-size-fits-all approach. It’s more about creating a pic n’ mix where people can choose how to get the best from themselves in the workplace.

This idea – that workplace well-being isn’t one-size-fits-all – is crucial. It’s about introducing a host of initiatives – like Doggy Therapy; like flexible working; like mental health days – and opening a dialogue where people can take what they need to safeguard their own mental health.

(This isn’t a promo piece but if this stuff resonates with you, do consider joining us. We’re always looking for fantastic people, and we’ll commit to empowering you to be your most fantastic self.)

A great day at work; an understanding boss; colleagues who’ve got your back – maybe those things aren’t an instant fix. But perhaps they can encourage mental health problems to loosen their clutches, even if just for the day.

At Tribepad, we understand our people are our biggest asset – just like your people are yours. We love to work with forward-thinking businesses who put their people first. Find out why investing in your people also delivers compelling ROI here.

Every recruiter knows the candidate experience is important.

So why ghost candidates? Here’s how to use technology to stop.

An industry-wide call to pledge to end ghosting in recruitment

Ghosting hurts. It damages candidates’ self-confidence and leaves them with negative feelings about themselves and the recruiting brand.

The next COVID-19 recruitment phase: 5 challenges of the Great Rehire and Reboard

There are positive signs we’re entering the next phase of COVID-19 recruitment: the Great Rehire and Reboard meaning teams need to act fast.